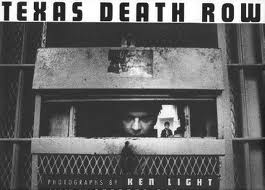 Texas is a state where maximum people get death sentence every year. However, legal experts have challenged the punishment citing violation of constitutional laws. The lawyers have argued that the penalty leaves no hope for even innocent people who get trapped by law without committing an offence many times.

The appeal against death penalty was made during a trial of John E. Green Jr a Texan, who has been alleged of murdering a woman The lawyers stated that there were many faults in the judicial system that needed to be corrected  and death penalty was one among the most heinous and cruel punishment that should be banned.

Many times due to a wrong eyewitness testimony, false interpretation of fingerprint evidences and misjudgment prove innocent people guilty. In case of life imprisonment at least they get a chance to appeal against the accusations but death penalty leaves no chance to get justice for them.

Harris County District Attorney’s Office head, Alan Curry said that the trial should not be held and he would boycott the trial in case it occurred.  He faulted judges of being biased against death penalty and they were trying to exclude him from the trial.

He supported his argument by saying that the Supreme Court had already said that the risk of any innocent person being given death sentence could not defy the punishment as unconstitutional.

Lawyers who have appealed against the death penalty need to prove that the punishment violates the Eighth Amendment ban on cruel and unusual punishment according to the state constitution.