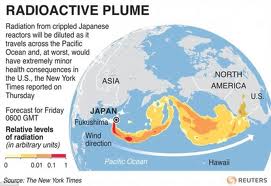 The havoc of Japanese Nuclear radiation has put U.S. stocks market in a drain. Falling for the second week, the Standard & Poor’s 500 Index has received its biggest jerk in last few months since August. The reasons behind continuous drop in the index are cited Japan’s nuclear crisis as well as unrest and violence in the Middle East.

Fearing that nuclear radiations from Japanese plants might reach US Coast and mainland, people drew back money from the share market leading to continuous drop in the regional stocks. The global economy is already trumping down due to continuous surge of unrest and political crisis subsequently in Egypt, Libya, Bahrain and in Saudi Arabia.

Federal Reserve’s statement over strength of US banks to boost dividend had led some optimism and stocks have gained recently. Ceasefire in Libya also boosted the minute surge however it again slumped down and General Electric Co. (GE) lost 5.5 percent, this led to further decline in the Dow Jones Industrial Average.

Experts call it a dramatic week in the Stocks world. They estimate further meltdown of Japanese market. Probability of war in Libya, Bahrain and Saudi Arabia are going to bring another tsunami in world but this time certainly in the investment world.