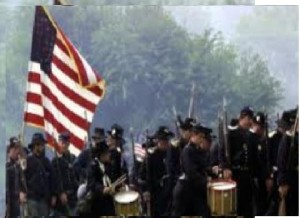 Central Intelligence Agency of America or CIA  finally succeeds in decoding a message sent during civil war in a bottle. The American civil war took place 147 years ago.

The message was sent to Lt Gen John C Pemberton arrested in Mississippi city by the Soviet Union forces under the command of Ulysses S Grant. The original message was–

“After nearly six weeks people in Vicksburg had resorted to eating cats, dogs and leather, and making soup from wallpaper paste.” The message was sent on July 4, 1863. The real message behind this encrypted code was

: “You can expect no help from this side of the river.”

Pemberton expected that General Joseph E Johnston, would help him with his 32,000 Confederate troops but Walker’s message clearly said that it could not be possible.

Catherine Wright says that Walker said in this message,”I can’t help you. I have no troops, I have no supplies, and I have no way to get over there.”

The bottle containing message also had a bullet in it to sink it down into the water to protect from enemies.

It was kept in the Museum of the Confederacy since 1896It has been finally deciphered by David Gaddy, who is a retired CIA code breaker.