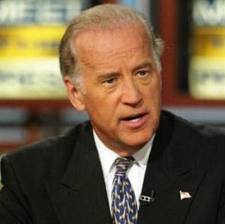 ISLAMABAD:–Vice President Biden said that the United States will not desert Pakistan in the aftermath of Afghan war. He rejected the notions of many who believe that the US is seeking help of Pakistan for the sake of own interests in the region and will ditch its ties once its objective is attained.

During his unexpected one-day visit to Islamabad, Biden said that both countries are successfully fighting war against terror and it is in the interest of both the United States and Pakistan that al-Qaeda and other militant groups are defeated. While addressing media persons along with Pakistan Prime Minister Yousuf Taza Gillani, Biden said that the Islamist extremists are defaming the country’s name and threatening its sovereignty. He further said that the main objective of the US administration is to strengthen sovereignty in the region and bring back peace and normalcy in the lives of Pakistani people.

The US vice president reached Islamabad on Wednesday and it is being said that the objective behind the visit could be pressurizing Pakistan to review its economic policy and making its government think seriously about tackling extremists. During his visit, Biden had a detailed discussion with Pakistan Prime Minister Yousuf Raza Gillani, President Asif Ali Zardari and Army Chief Ashfaq Kayani.

According to president office, President Zardari assured Biden that Pakistan will keep fighting against all odds and come out a winner in its war against terror and a handful of militants cannot enforce their inhuman agenda on the people of Pakistan.