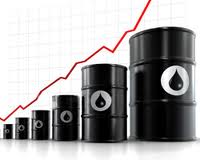 Obama is experiencing a a heavy summer this year. Obama stated that he would try to ensure that nobody took advantage from the dwindling prices and lure the American consumers due to this factor.

Obamaadmitted the gas-price issue was serious and stressed on developing alternative energy sources as a solution for energy crisis. The president stated that the gouging prices were also being monitored by the Justice Department. Obama’s main thrust in the entire speech was over ways to reduce the American debt ceiling, which currently surpasses $14 trillion.

The President talked about the pro and cons of U.S, energy programs. He also discussed in detail about all the energy sources, their advantages and disadvantages. Admiring the use of nuclear power as a clean energy source he pointed out the Japanese nuclear disaster and stated that the incident undermined the use of nuclear energy. Obama also answered questions regarding his healthcare plan and predicted that the law will pass all the hassles  despite all odds like the controversial Social Security Bill which passed in 1930 amidst strong resistance by the opposition members.

Regarding tax cuts, the US President stated that he had reduced the existing taxes on education and many other welfare factors and pointed out that that present taxes are much lower than their earlier level, however for the maintenance of a good society and better essential services, the Americans needed to pay more.