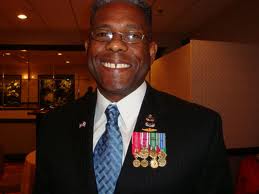 James Eric Fuller, a victim of Arizona shooting rampage was found threatening a tea party activist during a meeting.  He was shot in knee during the shooting last week.

The victims and eyewitnesses of Tucson shooting were present in the town hall when James Eric Fuller, a Democratic activist allegedly started shouting “You’re dead!” at Trent Humphries, Tucson Tea Party spokesman. Fuller was injured when shot in the knee when a gunman started firing and killed six and injured many others. Democratic Rep. Gabrielle Giffords was also severely wounded in the shooting rampage.

Fuller, a 63 year-old activist, who had earlier worked for Giffords as a campaign volunteer has been accused of threatening and misbehaving and also for committing an act that invited psychiatric evaluation.

Jim Kolbe, an ex- Republican congressman, however accepted that Fuller had become emotional and it was the outburst of his sentiments that made him react in such way. The situation worsened when he picked up a gun.. Trent Humphries has opposed laws of gun-control and was answering some queries over this issue, when Fuller attacked him. Humphries was later moved out of the place safely with security officials.