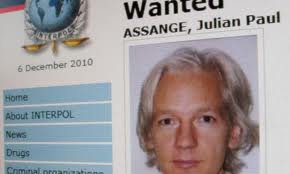 The cyber war among WikiLeaks supporters and opponents is accelerating

A cyber war has begun among followers of WikiLeak and its opponents. All the forums, social networks and chatrooms are bombarded with messages calling for supporting or banning WikiLeaks continuously and many sites are choked or crashed due to heavy traffic.

United Nations have raised hands over blocking WikiLeaks sources of funding and bank accounts describing it as an action to deprive WikiLeaks from the fundamental right of freedom of expression.

A 16 year old boy, supporting WikiLeaks, has been arrested as a suspect of digital attacks in Netherlands.

WikiLeaks supporters have started a campaign throughout the world protesting against suppression by government officials and threaten to sue the financial firms suspending WikiLeaks accounts.

The Germany-based Wau Holland Foundation is protesting Paypal’s step to suspend WikiLeaks accounts through which the company received most of its donations.

WikiLeaks financial representative said the company was preparing to file cases against US credit card companies and denied the allegations against WikiLeaks.

UN human rights official Pillay stated that WikiLeaks’s actions involving disclosure of confidential documents should be seen as a legal issue and resolved through a judicial process in stead of suppression.