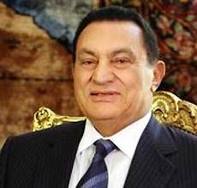 Washington —Hosni Mubarak, the president of Egypt remains in power despite huge mass protests and international condemnation. Conducting a meeting of his new government’s economic team, he shows that he is indifferent toward all this chaos and has no intention of surrendering after ruling Egypt for a continuous 30 years period.

Hosni Mubarak’s firm faith in him for being the only person to keep Egypt safe and stable keeps him going despite the crisis in the entire nation. The opposition and its supporters have come down to streets in tens of thousands in number protesting against Mubarak and demanding for his resignation has not even moved him a bit. In stead of

Responding to the global call, he called it a betrayal when his former allies from West started pressurizing Mubarak to resign.

Mubarak’s announcement in a news conference on Friday about not standing in the next elections has been taken overwhelming positive by the United States.

Mr. Mubarak has declared Omar Suleiman as vice president recently. Despite his trial to negotiate with Mubarak, US President Obama failed to convince him to step down.

Mr. Mubarak, who is 82 years old now had faced three wars during his 30 years in power and many attempts of assassination. He also survived an Islamic uprising and many of his supporters believed that Mubarak had successfully retained peace in Egypt for last 30 years.