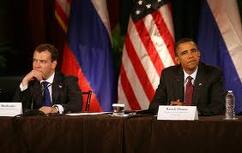 US President Barack Obama offers to business firms to support on creating new jobs. Obama urged the firms while addressing the US Chamber of Commerce on Monday.

He stated that he would support the big business giants in terms of reducing tax burdens and liberalize rules provided they create more jobs for the US citizens.

He appealed to the groups for investing more for new innovations and gear up the shaken economy.

Obama also pledged to revive the increased and permanent federal tax credit for the purpose of research and development, that would benefit Massachusetts and its academic and research institutions.

Bay State business groups appreciated President’s focus on tax credits and the executive vice president of the Greater Boston Chamber of Commerce, Jim Klocke stated that it would benefit  in the growth of business like biotechnology.

Obama quoted Kennedy to inspire businessmen to help the US government in making the future of people.

He revealed that he had no problem in removing restrictions or revising them however he emphasized on their necessity. Obama also repeated his unshakable stand for the Healthcare law and national insurance plan, though it was opposed by the US chamber of Commerce.

Obama’s address at US chamber is regarded as the most influential reflux of his new strategy toward corporate sectors and willingness to support them.