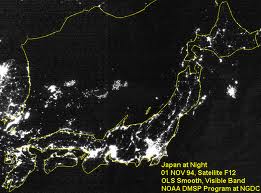 Fight against Radiation roughens in Japan

Japan is trying hard to control the unprecedented temperature at Fukushima Dai-ichi nuclear complex. The radioactive water is probably leaking from the reactors.

Despite the leakage, the scientists and the workers are still trying to stabilize the hot rods of spent fuel that was lying in the pool and is now under radioactive water. The harmful effects of leakage are ignored in order to control the radiation spread which is considered much more devastating and wide spread.

The workers at the reactor are trying to measure ways to prevent radiation come out into atmosphere however it can not stop it entirely. So, the efforts are concentrated on how to minimize the level, stated a nuclear engineering expert Elmer Lewis, who is a professor at Northwestern University.

The fears of radiation crisis have intensified now with the leakage of radioactive water. Three workers from the nuclear plant have been hospitalized for treatment of radiation burns.

Reports are also revealing that the effect of radiation exposure over skin might reach up to 2000 to 6000 millisieverts. However, the exposure to gamma radiation even for an hour will be deadlier. The current effects are due to shorter-range beta radiation which cause minor skin burns only.