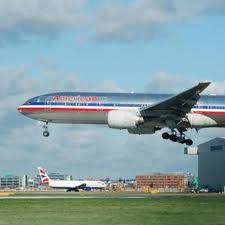 Main airports in New York City have restarted all their flight operations after the last blizzard. It has been the heaviest December in last 60 years as per the meteorological department with snowstorm and snowfall reaching 51 centimeters and above. Entire Northeast, California and many states in the Midwest and South too faced gush of high speed winds and freezing temperatures.

According to the National Weather Service, New York had a 20 inches thick snow cover but sky was clear by morning.

Around 6,000 flights have been cancelled since yesterday due to blizzard.  LaGuardia, John F. Kennedy International and Newark Liberty airports in New York and New Jersey resumed their service last night, airport authorities revealed.

People regarded this snowstorm as worst than ever before. The authorities of New York city also stated that repairing work and clean up cost after the snowstorm will toll much on the city budget while also bear the loss due to loss of revenue due to activities hampered in storm.

The storm speeding winds at a speed of30 to 40 miles per hour arrived to New York on December 26.After Christmas sales were badly affected due to blizzard as most of the shoppers preferred staying home.