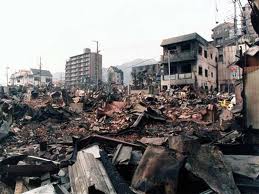 The aftermath of earthquake resulted in loss of cooling abilities at two power plants. Thousands of workers and residents have been evacuated from the adjacent areas.

At the Fukushima Daiichi plant’s Unit 1, workers struggled hard to control melting and decrease temperature and pressure in the reactors. The Friday earthquake that had a 8.9 magnitude and following tsunami  led to power cuts and disabled all emergency generators, which failed the entire cooling system of reactors.

Around 3,000 people living within a sphere of two miles were evacuated initially however the sphere of evacuation was raised to 10 kilometers when experts feared that radion level might spread more.

It is first time ever in Japan’s history that the government has declared a state of emergency at a nuclear plant. Initially only the Daiichi unit — was declared in emergency zone but after few hours, the Tokyo Electric Power Co., lost its cooling ability. It operates 6 reactors at Daiichi in Northeast Japan.

Therefore now more than 14000 people have been evacuated living near these two plants. According to the International Atomic Energy Agency diesel generators are dysfunctional due to flooding by tsunami; this is why the cooling systems have failed.