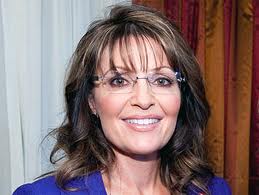 Sarah Palin has put forward her opinions as regards the political situation in Egypt, accusing the presidency of President Obama and raising her disturbed interests over the issue.

The former Alaskan governor said Saturday in a media chat that the White House wasn’t trying its best to create enough publicity in America about the recent happenings in Egypt.

Palin said the Obama Presidency should be in touch with what is happening in Egypt and also not support a country led by an Islamic faction.

She did not give any advice as to how it should be gone about but she only claimed that a good mind is needed in this stressful situation.

Her opinion is the same as for other 2012 presidential aspirants- John Bolton and Newt Gingrich.

She said she would never change from being who she has always been- unconcerned about what is said about her and that if she makes her presidential ambition she would still be unchanged.

In response to the question asked on her decision not to go to the CPAC’s annual program in Washington, she made reference to the Conservative Political Action Conference’s decision to bring in a selection of pro-gay Republicans saying should the conservatives not have the option of engaging in public discourses or extending their influence to others, which she wouldn’t agree to.