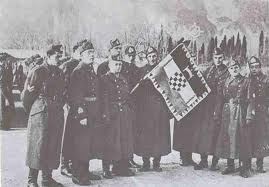 Serbia is completely coming out from its ugly past with the arrest of one of the Europe’s most wanted war criminal Ratko Mladic. Meanwhile the tall building which once served as the headquarters of Slobodan Milosevic which was damaged by a cruise bomb by America during the Kosovo war of 1999 has been privatized and refurbished. It was of the signs that Serbia is planning to break from its past and join the European Union.

The major achievement of the democratic president of the country Boris Tadic is the arrest of Mladic last week. The expected extradition to Hague after more than 15 years of search is a moral boost to the government of Tadic. It is expected that it will open the way for integration of the country into the European Union. It is further healing the old wounds of the bloody past.

However not many people in the country believe that the arrest of the war time criminal will change things in the country. The poor rating of the arrest is as a result of the poor showing of the economy which has made many of the citizens to live in abject poverty. It was the non arrest of Mladic that prevented the membership of Serbia to the European Union.