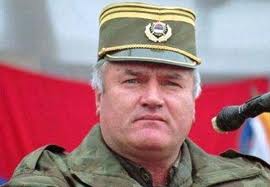 The former Serbian army general Ratko Mladic has said that the 37 page indictment made against him was obnoxious and false. He appeared for the first day of sitting for his case on the International Criminal Tribunal for the former Yugoslavia yesterday. One of the charges read that he was responsible for the massacre of 8000 Muslims including boys and girls in September of 1995.

The aggressive former general told the court that he did not want to hear any word on the indictment of the 37 page charges that was read to him. The presiding judge Alphorns Orie tried to read a shorter version of the charges to the ex general who said that he is not bothered to go through any of these charges.

His lawyer argued that the ex general is not healthy enough to stand trial adding that he is suffering from terminal cancer. At the end the former army chief said that the charges are monstrous and that he has nothing to do with those offences, he said that he did not understand any of the charges.