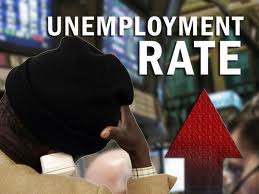 The people of the United States may consider it a reason to smile seeing the statistical figures for unemployment lowering down by 8.8 percent. The rate of unemployment has reduced from its level two years back when companies started hiring after the recessing recession.

The US economy has an increase of 216000 jobs as per the reports of the Labor department. The new jobs has been created mainly in health care sectors,

retail sector, education, Factories,  and and professional as well as in financial sectors.

AThe United States showed a sign of recovering economy in last few months with increasing number of jobs created every month. However the unemployment rates did not decrease at the same rate as more people joined the race of job search after recession ended.

The main force behind pulling US economy back in shape is the private sector employers and they have received highest gains indeed in return. More than 200, 000 jobs have been added continuously for the second month in the United States demarcating a complete end to recession for the US economy.

Experts term the change as a progress in the US labor market. With increase in number of jobs, the rate of unemployment has reduced to 8.8 percent now which was 8.9 percent two months back. There has been a constant remarkable decrease in unemployment rates for last four months continuously. This is also the sharpest decline in unemployment for the United States since 1983.

Experts predict similar trend for rest of 2011 hoping that 2.5 million new jobs will be added by this year. However, there is still much more to be recovered in the job market as the total job loss during recession was 7.5 million in the United States.