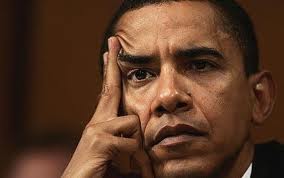 The ‘thermonuclear effect’ of Wikileaks disaster has finally been acknowledged. The US administration confessed that the disclosure of confidential documents by the WikiLeaks has raised a question over US foreign policies and its intentions.

State Department spokesman P J Crowley stated that the US considers WikiLeaks action have hampered US interests and put many people’s live under risk by exposing them. Crowley said this while addressing reporters in a press conference and supported Australian Foreign Minister Kevin Rudd who opined the documents were provided to WikiLeaks by somebody within American administration.

Crowley further clarified that the government is taking appropriate actions against those who have violated the Constitution and American laws by leaking confidential information and a suspect has been arrested too. However he stated that nobody could be held responsible from the investigation done so far.

The US secretary of State, Mrs. Hillary Clinton talked with officials and diplomats from different countries to mitigate the aftermath of the damage in foreign relations caused by the disclosure of documents. When asked, Crowley said that he was not aware of any of Clinton’s talks with Australian Minister Rudd or other international leaders regarding WikiLeaks issue.

Crowley also added that Clinton’s conversation with international diplomats showed US adherence to continue its cooperation with other nations and work for each others interests.