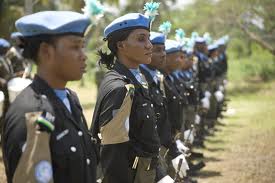 State Department spokesman Philip J. Crowley says that Gbagbo had lost the last election and he should step down making way for the elected party to form government.

Opposition leaders are already requesting for the removal of Gbagbo who is still clinging on to power despite losing the elections. France and Germany have warned their citizens to leave the country. The UN refugee commissioner has reported that nearly 6000 people of Ivory Coast have fled the country.

World Bank President Robert Zoellick confirmed that the bank has frozen loans to the Ivory Coast. The Central Bank of West African States has also stopped lending to Ivory Coast. UN Secretary-General Ban Ki-moon has expressed concern over the possibility of Ivory Coast slipping in to a civil war. US is urging and hoping that sanctions and increase presence of peacekeeping forces could stop a civil war there.