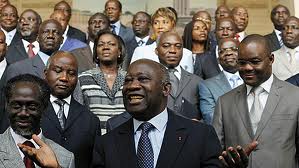 Abidjan, Ivory Coast – Following the UN allegation over controversial presidential  election in Ivory Coast, the US government has issued a warning against former president  Laurent Gbagbo regarding wrongdoings to the electoral process and showing disrespect for the verdict. The United States has asked the ex-president to leave the presidential office at the earliest as the UN claims that the election was won by Gbagbo’s opponent.

Meanwhile, the African Union has shown deep concerns over the recent developments in the Ivory Coast politics and decided to suspend the country from the union’s membership. Gbagbo did not accept his defeat in the presidential election and rejected the electoral commission’s verdict, which showed that the opposition party leader Alassane Ouattara won the election by a considerable margin of votes.

Ivory Coast has been in news since the verdict came last week. The world community has shown its disapproval over Gbagbo’s unconstitutional act and asked him to immediately step down as a president. Gbagbo has been ignoring the world community’s voice since last week and even did not take call from Barack Obama. US Secretary of State Hillary Clinton came openly to talk on the Ivory Coast’s issue and said that the US government has asked Gbagbo to transfer power to his opponent in a constitutional manner otherwise he would be facing a dire consequences.

Gbagbo, who spent many years as an expatriate in France, may face a travel ban as the international community including the European Union and the United Nations have also condemned the act.