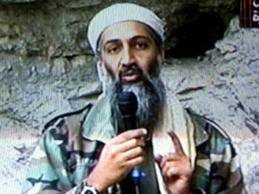 Al Qaeda has released a recording which said was recorded by Osama Bin Laden just before he died. In that message Osama Bin Laden was pleased with the revolution which swept the political leadership in Tunisia and Egypt and spoke of the need for the Muslims to utilize every rare opportunity to rise to the top.

The video was shown in Islamic websites lasted for about 12 minutes. The content of the video has already being translated by Americans to truly digest its contents.

It would be recalled the US seal put an end to Osama Bin Laden on May 2 prompting a vacuum in the leadership of al Qaeda. However there is unconfirmed report that the terror group has named a former army colonel from Egypt to lead that group.

The former Egyptian army colonel Saif al-Adel was a close aid to Osama Bin Laden. He was said to be the security chief to Osama Bin Laden. He was also accused of being involved in the US embassy bombings in US in 1993 as well as having instructed those who carried out the 9-11 attack on US. He is said to be somewhere in Pakistan but was held in Iran from where he was released.