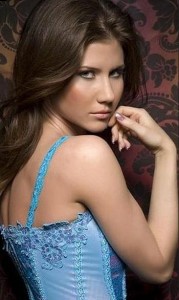 Anna Chapman, the alleged Russian spy was arrested by FBI in June 2010. The hot Anna Chapman otherwise known as the “Lady in Red”, was accused of being a Russian Spy. Latest reports indicates that Anna Chapman lived in the UK for four years from 2003. Her previous employer in UK confirmed this.

The suspected Russian Spy Anna Chapman was 28 at the time of her arrest, held a Masters degree. She was running her own online real-estate business. Anna Chapman’s facebook page facebook.com/chapmananya which displayed several of her glamorous and sexy photos is taken down by facebook. But many online news sites have grabbed those sexy photos of Anna Chapman and posted on their websites.


Is Anna really a spy? Do you really think nations like Russia, United States, UK, France and German still use spies to collect secret information?