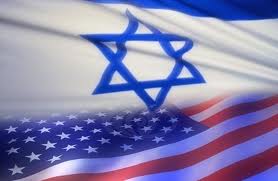 Israel tested the notorious computer virus Stuxnet authorized by the US administration reportedly. Israel used centrifuges to test out the computer worm  taking Teheran’s nuclear program as its target to destroy. Everything was executed in a planned way with the authority of Bush administration, the report revealed.

The virus was first tested in Dimona, reported English daily from the United States. The centrifuges used by Israel for testing Stuxnet were very similar to those used Iranian nuclear sites.

The virus destroyed control over the Iranian nuclear centrifuges and recorded all activities going at the nuclear plant. When checked by the operators, the virus showed a normal routine of the plant and this confused the operators.  They stayed unaware till all the centrifuges were destroyed.

The Stuxnet virus entered the nuclear plant’s computer network through some external drives or probably through the internet. The virus was partially successful as it delayed Iran’s nuclear development, however could not completely destroy their sites.

George W. Bush, former president of the United States had allowed dissemination of this worm in 2009 reportedly and Barack Obama too nodded to develop the virus further.