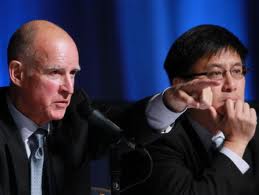 California is ready to welcome Jerry Brown, new governor elect with a a $28-billion budget deficit. Jerry Brown is all set with his plans to extend taxes and reduction in many programs.

He is formulating a budget to reduce state service that includes university funds and welfare programs. There will be a an extension on hike in temporary taxes on vehicles, income and sales.

Brown, had appealed voters to support him with the promises of not raising taxes. He had also stated that he would ask lawmakers to approve a budget in shortest duration –i.e. within 60 days to save the extra burden of time and expenditure.

Don Sipple, GOP strategist stated that a combination of tax cuts and inclusion of new taxes can make up for the budget shortfalls in long term. However, very few voters would like to bear the burden of extra taxes on their shoulders. The current temporary tax hikes are going to expire by July 1.

California is currently under a budget deficit of $28-billion by extending temporary tax hikes; Brown wants to compensate for$9.5 billion at least. Though there is a majority of Democrats in the Legislature, but still an extension in the tax hikes would require support of two third votes from the Republicans and it might be difficult for Brown to put the tax extensions in front of voters.

There will be tight vigilance over corruption and poor accountability on use of property taxes in California accounting for approximately $5 billion.

Brown wants to implement changes in the corporate tax plans to make them mandatory for every businessman while right now it gives choice to them.