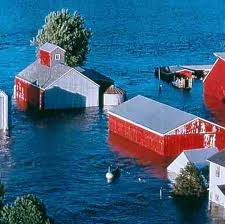 The surging Mississippi river may prove to be a large scale disaster. From the trends of the flooding, the swelling is well over recorded levels sending panics down the spine of the already traumatized city residents.

The over flooding of the water along the Midwest has already caused panic among the population as many of the dwellers of the city had started to move their belongings away from the city. The rate of the flooding has put to serious tests the levees which were put to checkmate the surging water.

Already the residents are warned to get prepared for the worst flooding the city is going to witness for over seventy years. The flooding according to the warning may even start tonight. It is the persistent rainfall that is putting the river above the basin limits. The rainfall is worsening the already devastated water levels in the city.