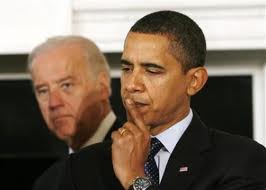 The US Congress is geared up to deal with the economic crisis, however there is still a load of federal debt lagging behind and hampering all welfare programs.

David Plouffe, White House senior adviser stated in an interview that the US president plans to decrease the federal deficit and is formulating stategy for it.

However, there is a contrary concern among Americans over this as in order to reduce budget deficit, the US government may impose new taxes and other burdens over people.

Plouffe, who played a prominent role in the election campaign for Obama in 2008, further added that Obama would reveal his stand over how to deal with reduction in budget deficit. Plouffe stated this during a TV show. Plouffe said that the president believed that deficit reduction can help US economy to grow. However, by cutting student loans or funds for medical research works etc won’t do any good to the economy.

Obama’s main thrust would be on reducing tax cuts for the wealthiest Americans which goes in reverse to Bush era economic strategies.Plouffe stressed on that the US president did not refer to the middle class Americans to be included under this term.The government hopes to cover domestic and defense expenditure along the health care and federal deficit as well as the long-term debt of $14 trillion.