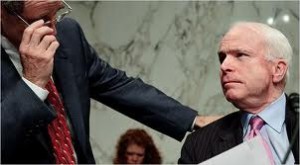 Washington –The opposition Republicans gave green signal to the spending authorization bill of the US government.  On Thursday, they passed $1.1 trillion spending bill to allow the federal government spend funds for the remaining fiscal year, though many of them severely criticized the cost and size of the total expenditure.

Mitch McConnell, Senate Minority Leader from R-Kentucky, however presented another bill to propose an alternative to the government’s bill. This would stop the government from making major financial decisions till February 18 and it would not be able to raise its fund level.

From January, the Republicans will enjoy a majority in the Congress and therefore can pass a less expensive bill if they wanted so.

Mitch McConnell further added that the Republicans would go for a less expensive bill to avoid waste of funds in the new Congress but for now they were obliged to respect the current bill proposed by the government.

The opposition members complained over the spending bill’s various appropriations bills of around $8 billion that were included in a single package by legislators.

Sen. Dick Durbin, D-Illinois, faulted Republicans’ out cry over the bill saying that the large number of the earmarks in the bill were requested by Republican members. said he also stated that the bill had reached the mark of $1.1 trillion to appease McConnell’s demands. Durbin criticized the Republicans for their dual strategy over the legislation.