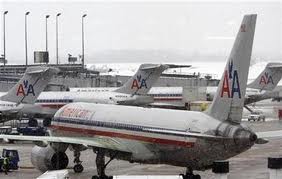 Expedia Inc. (EXPE) removes American airlines tickets from its latest list. The company stated that the travelers need to check other websites now to compare prices of tickets for American airlines with other service providers. The move and statement came following a dispute between the airlines and online travel agencies.  Fort Worth, a part of American airlines suggested Kayak.com or priceline.com Inc. (PCLN)  for alternatives.

American airlines ignited the dispute with travel agencies by removing its listing from OWW- Expedia competitor Orbitz Worldwide Inc. to divert traffic to their own websites.

American removed Orbitz when they could not get a deal for encouraging online sellers for establishing a direct connect system with travelers instead of going through different agent sites.

At present, Expedia’s existing agreement with American airlines is about to expire. Through the new deal, the airlines wanted to reduce their cost on what they are obliged to pay to the global distribution services and make their tickets more lucrative to passengers.

However, the airlines reported that there was no decrease in their sale of tickets due to these disputes and travelers continued buying tickets through other alternative sites like Kayak and priceline.com.