US Defense Secretary Robert M. Gates has ordered a downsizing of the Army and navy. There will be a reduction of 47,000 troops following a call from White House to cut defense budget. T

he downsizing will reduce defense expenses by $78 billion, Gates stated However, he pointed out that the reduction in military troops will occur before 2015.

The defense secretary also revealed that the United States is withdrawing its forces from Iraq and Afghanistan.

For last four years the United States have expanded its military power so far to maximize troops in Iraq and Afghanistan. The downsizing will therefore assure the fact that American soldiers are called back from these two nations and there would not be any need to expand the military.

However, even withdrawal of troops from Afghanistan is not going to take place very soon. Robert Gates and other top officials believe that there is a major risk involved in downsizing the forces and this is why they have only modestly reduced the number of troops in the Army and Navy.

Despite the call for withdrawal of forces, US strategy of military interference in other nation’s has not changed yet. Pentagon is ready to send off 1,000 marines troops in addition to the present number in Helmand Province in Afghanistan to pressurize Taliban. 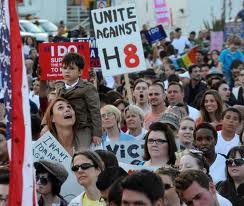 US administration removes Capt. Owen Honors, from captain’s position in navy.  He has been found guilty of wrong judgment and unprofessional behavior. The incidence follows repeal of the law in US defense– ‘don’t ask, don’t tell.’

Navy decided to remove captain of an aircraft carrier on the issue of  some videos giving anti-gay messages and slurs. The officials in military are yet not very acquainted with the freedom recently given to homosexuals to serve without hiding their sexual orientation.

Capt. Owen Honors’s showed crude of Norfolk, an aircraft carrier making derogatory remarks on gays. Captain Owen was in command of that ship 4 years back.

“An official from US military admitted that most of the security personnel were highly conservative and disclosure of homosexuality often leads to embarrassment and social stigma within their military units for gays.

Navy’s Fleet Forces Command’s chief, Adm. John Harvey, did not use the exact terms which were used in the video on the basis of which he dismissed Captain Honors.

Harvey further stated that Captain Honors’ failure to make proper judgment and conducting unprofessional behavior has spoiled his credibility to retain the prestigious post. He also added that further investigation was being carried to find out about other officials who were involved in the video episode or had been aware of it. 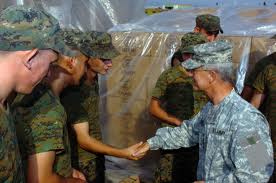 Washington: While US President Obama is all set to sign the legislation into law which will allow gays to serve explicitly in the armed forces, the new law will not be implemented immediately and put on hold until certain technical concerns are addressed.

The major concern comes in the minds of US administrators regarding the new legislation is its impact on military operations in Afghanistan and Iraq.The ‘don’t ask, don’t tell’ theory, which stops gays and lesbian serving in the armed forces to reveal their sexual orientation, has been in place for past 17 years. The decision has been taken in the context of social implications to ex-President Truman’s 1948 executive order that recommends freedom and equality for every soldier serving the armed forces.

It will be noticeable that after the legislation taking form of law, how effective it proves and to what extent it is enforced.

Some people opine that there will be a sharp fall in the rate of discharge cases of gays. Military officials have given a clear indication that the law will be executed in a true manner. People believe that the time has changed, now the gay marriage is permitted in several states, views of society toward gays and lesbian have changed.

Most of the people in the United States see nothing wrong in gays and lesbians serving armed forces. The gay issue in the military has been a touchy issue for the administration. Until 1993, all recruits had to fill a column in the questionnaire asking about sexual orientation; if said yes, it means not eligible to join the military. So far, 13,500 military personnel have been dismissed under the law.