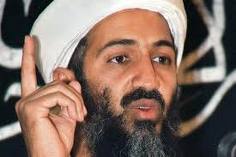 WASHINGTON: In a major move that is part of Obama administration’s new Afghan strategies, its leadership has decided to increase military attacks on terror outfits like Al Qaeda and Taliban in the region. US administration has shown concern over insurgent activities in the tribal regions of Pakistan.

It is important to notice that the United States has taken the decision to step up assaults on terror groups across the border areas only after the continued refusal of action by the Pakistan government.

In a statement released by the Obama administration, it has said that Pakistan is now slowly realizing the threat from extremists who have been moving freely till date. The US report says that the extremists operating in the North Waziristan of Pakistan have been indulged in attacks on allied forces.

The US administration, however, has said that it would keep insisting Pakistan government to take actions against terror outfits operating within its territory. US officials have stated that they would ask Pakistani military to launch attacks on extremists’ safe havens in the North Waziristan region.

The majority of work needs to be taken care of by the United States itself at least till the time Pakistani forces really steps in.

However, US Defense Secretary Robert Gates praised Pakistan and said it was good to see that Pakistani forces were coordination form their side of border to increase the scrutiny over the militant activities in the areas.