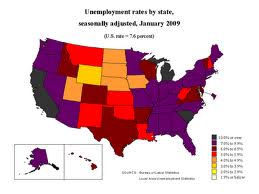 The statement said that there is improvement in employment situation from March adding that about 34 states of the country reported of improvement in job positions. This report was released by Labour department on Friday.

The level of unemployment started dropping in the country since last November. Some of the states that had recorded drop in the unemployment include the state of New York. The unemployment has dropped while 45,700 jobs were created. The state of New York is the highest in the level of job creation it is followed by Texas which has created 32,900 jobs and the third is Pennsylvanian which has created 23,700 jobs. However Michigan has the largest decline in job with 10,200 jobs.